David Bowen’s set up, ‘Plant Machete,’ permits a residing plant to maneuver a machete by an industrial robotic‘s bionic-like arm. The set up implements a management system that measures electrical noises discovered within the residing philodendron. This technique makes use of an open supply micro-controller related to the plant, which reads various resistance indicators throughout the its leaves. 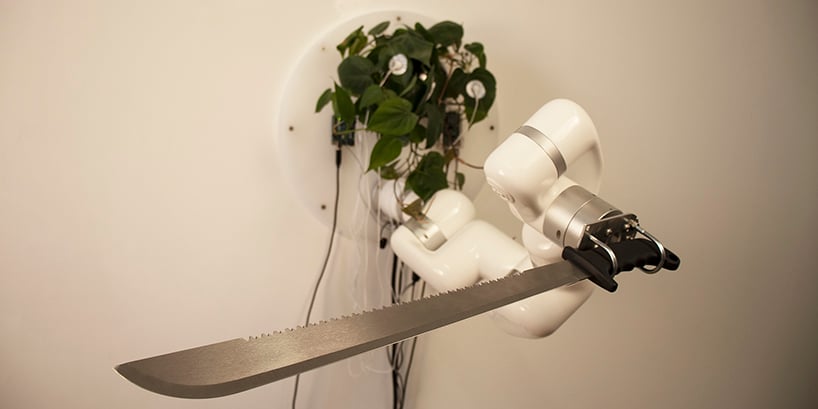 all pictures courtesy of David Bowen

the plant acts because the mind of the robotic 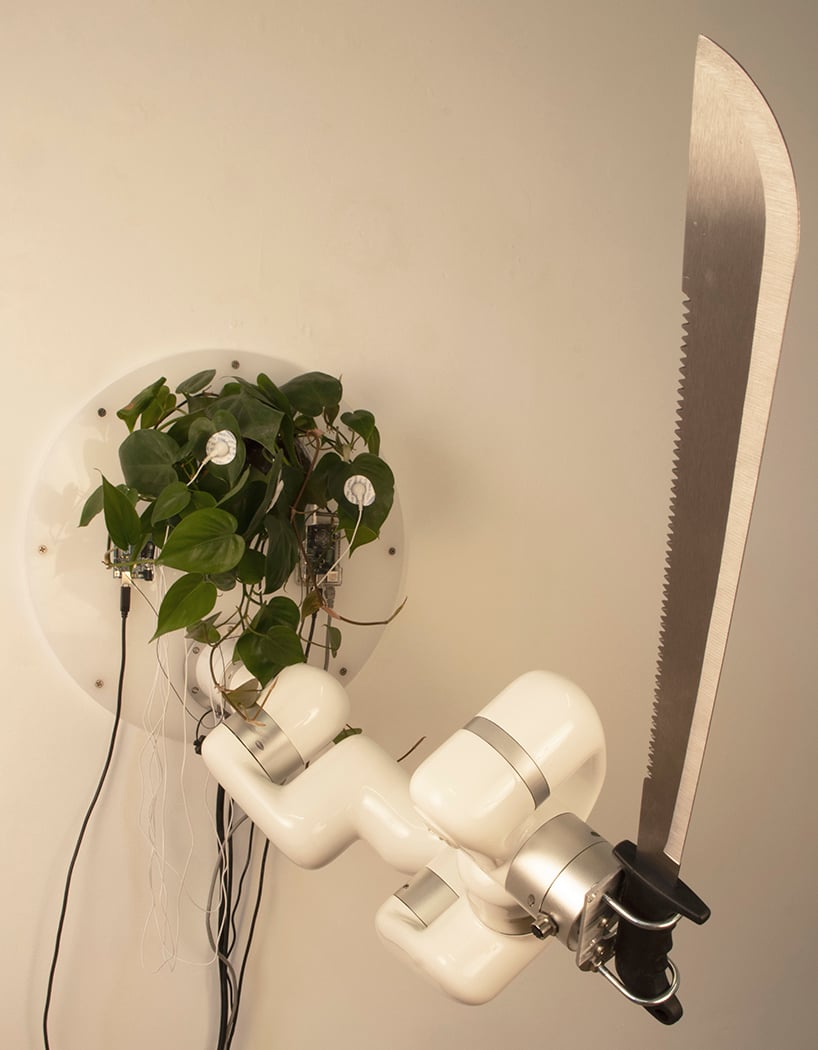 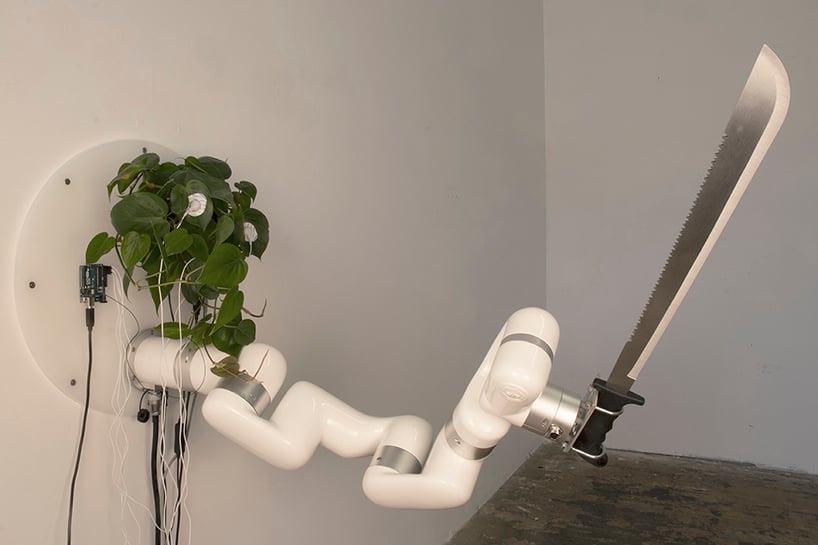